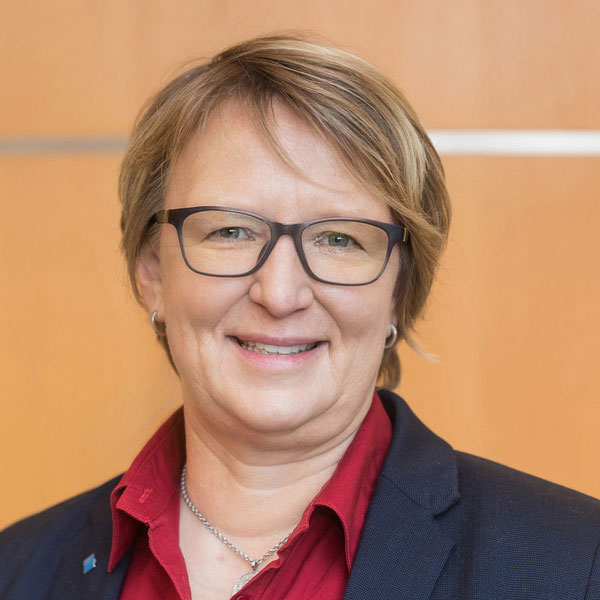 Director of the Core Unit eHealth and Interoperability, - Berlin Institute of Health at Charité (BIH)

Born in Cologne in 1968, the physician/ engineer has taught since 2011 as Professor for Information- and Communications Technology in Healthcare at Niederrhein University of Applied Sciences. She had been the Director of the eHealth Center, which was founded in 2014. Her research focuses are IT standardization, semantic interoperability, and eCommerce in the healthcare sector. Previously, Sylvia Thun involved with terminologies and classifications, drug/medicinal product information, and interoperability between software systems in the healthcare sector, at the German Institute for Medical Documentation and Information (DIMDI) in Cologne. She has worked cooperatively on national and international projects (e.g. epSOS – cross-border health services in the EU) in health telematics (eHealth), is a member of the Scientific Advisory Board of the mibeg Institute for Medicine, and is a lecturer at various universities. As deputy chair of the DIN-NaMED working committee “Terminology”, she is delegate and expert at CEN 215/WG 2 “Terminology and Knowledge Representation” and ISO 215 WG3 “Semantic Content”. She has been on the board of the HL7 User Group Germany since 2006 and chairs the technical committee “Terminologies”. In 2013, she was elected as chair (“Chair elect”). Flanking this, she is involved in IHE as “Past User Chair” and “Caretaker Pharmacy”. In 2014, Sylvia Thun was named one of Germany’s “Digital Head” by the Federal Ministry of Education and Research.
Currently, Sylvia Thun is the Director of the Facility “eHealth and Interoperability” at BIH (Berlin Institute of Health, part of Charite- Medical University in Berlin), and continues her professorship at the Charite- Medical University in Berlin. She has been also appointed as the chief advisor on digitalizing hospitals and on standardization of medical data to the German Federal Ministry of Health. She was recently awarded the prestigious Cross of Merit of the Federal Republic of Germany from the President Frank-Walter Steinmeier in honoring her services as the director of Facility at the BIH in the field of digitalizing Medicine.